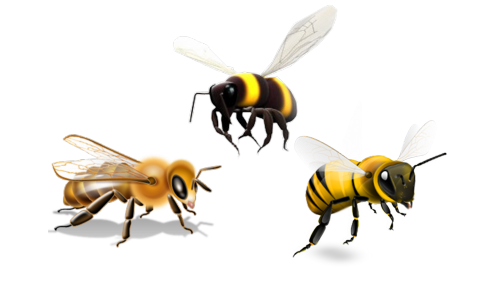 Find more Earth Focus content at www.linktv.org/earthfocus
(Earth Focus: Episode 69) Neonicotinoids are the most widely used insecticides in the world. They've been linked to the decline of honeybees. But scientists now say they also harm many terrestrial, aquatic, and marine invertebrates. They damage sea urchin DNA, suppress the immune systems of crabs, and affect the tunneling and reproductive behavior of earthworms. They kill off the insects that many birds, amphibians, and reptiles rely on for food. According to Scott Hoffman Black, Executive Director of the Xerces Society, through the widespread use of these pesticides "we are killing the underpinning of the food chain." In human blood studies, neonicotinoids are linked to DNA damage and cell mutation.

Populations of bees and other insect pollinators have fallen dramatically in recent years and there is growing scientific evidence that pesticides are playing a significant role. This website is intended to provide an up-to date and balanced explanation of the role of pesticides in pollinator declines. bees.pan-uk.org

The Task Force on Systemic Pesticides provides comprehensive, independent analysis to inform more rapid & improved decisions on the use of systemic pesticides & their impact on biodiversity & ecosystems. This video highlights the recent Worldwide Integrated Assessment report on the use of neonicotinoids and its effect on biodiversity and ecosystems.
Website: http://tfsp.info

Scientists have found that two types of chemicals called neonicotinoids and coumaphos are interfering with the insect's ability to learn and remember.

Experiments revealed that exposure was also lowering brain activity, especially when the two pesticides were used in combination. bbc.co.uk/news/science-environment

The journey from Dirty Old Towns to Bee friendly Cities
A new film shot during the Summer of 2014. Its features the roof top Bee hives of Manchester city centre and makes the case for Pollinator friendly cities for two of the worlds first industrial cities, Manchester & Salford.