Our climate is now changing rapidly on a daily basis faster than we'd thought or ever expected. However it's not too late to do something about this. It's what we all do from now on and over the next few years plus beyond this that will make a real difference not only for our lives for the lives of all future generations yet to come.

This video explains the greenhouse effect, the carbon cycle and its relation with the climate change. It tells us the importance of all the plants and how they have regulated the climate for thousands and thousands of years. This tries to give conscience of the current situation in which we are and the one we will face in the future if we don't take action.

Climate change how do we know? 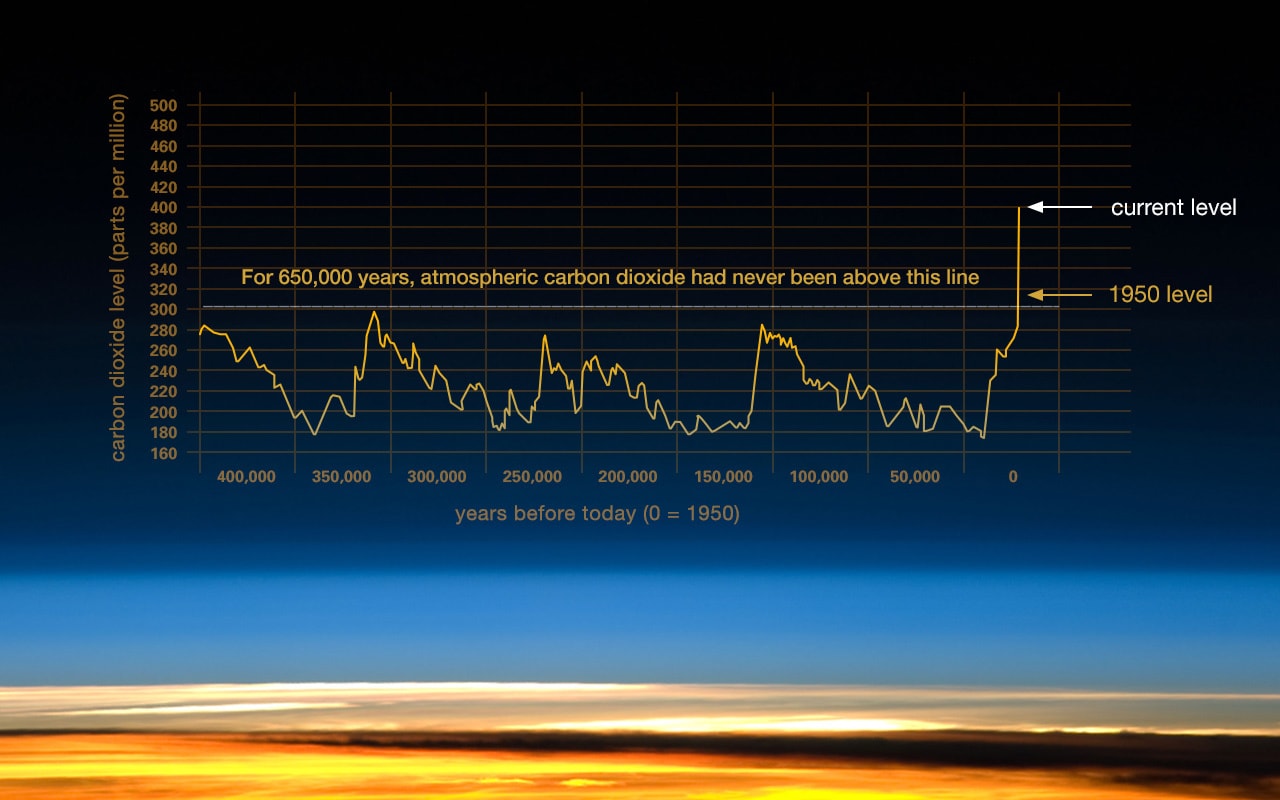 The Earth's climate has changed throughout history. Just in the last 650,000 years there have been seven cycles of glacial advance and retreat, with the abrupt end of the last ice age about 7,000 years ago marking the beginning of the modern climate era — and of human civilization. Most of these climate changes are attributed to very small variations in Earth’s orbit that change the amount of solar energy our planet receives.  More here...  NASA

These are the top 10 countries threatened by the 6 meter sea level rise we are almost guaranteed to see in the not-too-distant future, according to the projected pace of global warming and ice melt in Greenland and Antarctica.

There is good scientific evidence to show climate is changing because of emissions of greenhouse gases resulting from human activity.

The bulk of emissions derive from our demand for energy. The largest contributor is carbon dioxide (CO2), emitted when fossil fuels are burnt to meet those demands. There are also other emissions attached to industrial processes and agriculture. More Here (theccc.org.uk)

The Paris Agreement in a Nutshell

from Track 0 on Vimeo.

What the Earth would look like if all the ice melted

We learned last year that many of the effects of climate change are irreversible. Sea levels have been rising at a greater rate year after year, and the Intergovernmental Panel on Climate Change estimates they could rise by another meter or more by the end of this century.

green-planet-appeal: promoting a more sustainable future for all generations.