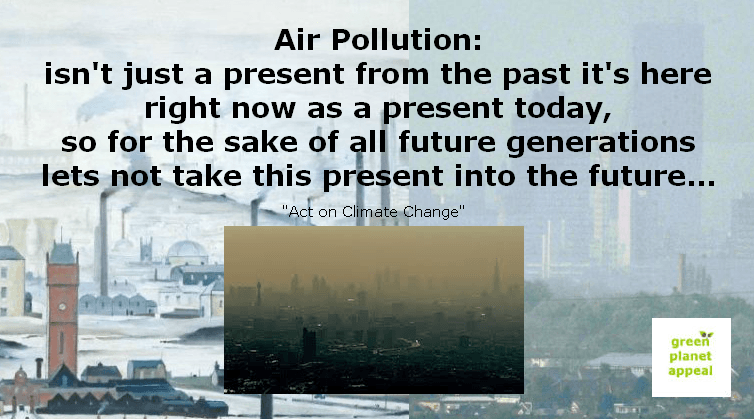 Why care about Air Pollution ?

Climate change and air pollutants share common sources. Greenhouse gases are most active high up in the atmosphere, whereas the most important factor for air quality is the concentration pollutants nearer the earth’s surface. This picture is complicate by the fact that some ‘traditional’ air pollutants act as greenhouse gases too, (ozone, for example) or are involved in their formation (NOX, for example). The United Nations Environment Programme (UNEP) has recently launched an Integrated Assessment of Black Carbon and Tropospheric (ground level) Ozone to evaluate their roles in air pollution and climate change. Against this, whilst reducing emissions of SO2 has been important to reducing damage to public health and the environment (acid rains), the sulphate or “white” aerosols (secondary PM) which it helps to form acts to cool the earth’s atmosphere. This illustrates the complex relationships and trade-offs that need to be managed.

Adverse health effects from short and long term exposure to air pollution range from premature deaths caused by heart and lung disease to worsening of asthmatic conditions and can lead to reduced quality of life and increased costs of hospital admissions. Current evidence suggests that there is no “safe” limit for exposure to fine particulate matter (PM2.5).The 2007 Air Quality Strategy 2 (AQS) estimated that based on air quality data from 2005, manmade PM2.5 alone reduced the average life expectancy of people living in the UK by7-8 months and imposed an annual cost of £18 billion, within the range of £9-20 billion.

The Secretary of State for Environment Michael Gove has been summoned to Brussels to discuss the UK's illegal levels of air pollution and what can be done to reduce it. In this video we look at the facts and figures behind the issue.

Compared with human health effects, the damage caused by air pollution on ecosystems may be less obvious and more difficult to quantify and monetise, but it remains important. Air pollution can cause damage to plants and animals, to aquatic and terrestrial ecosystems, impacting on biodiversity and damaging valued habitats. Deposition of sulphur and/or nitrogen can cause increased acidity, and when critical loads 8 for acidity levels are exceeded, ecosystem damage may occur. This was the case in 58% of the area of terrestrial habitats assessed between 2004 and 2006 – though this is a big improvement since ‘acid rain’ was identified in the 1970s